The structure of the human eye is a complex optical system consisting of dozens of elements, each of which performs its own function. The eye apparatus is primarily responsible for the perception of the image from the outside, for its high-precision processing and transmission of the received visual information. Consistent and high-precision work of all parts of the human eye is responsible for the full implementation of the visual function. To understand how the eye works, it is necessary to consider in detail its structure.

Basic structures of the eye

The human eye catches light reflected from objects, which falls on a peculiar lens - the cornea. The function of the cornea is to focus all incoming rays. The light rays refracted by the cornea through the chamber filled with a colorless liquid reach the iris. In the center of the iris is the pupil, through the opening of which further pass only the central rays. The rays located on the periphery of the light flux are filtered by the pigment cells of the iris of the eye. 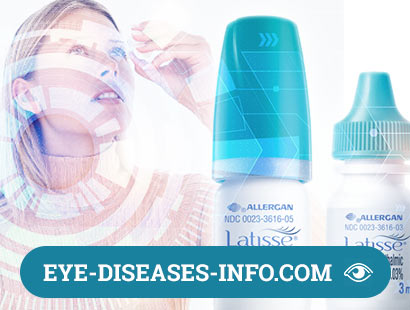 The pupil is responsible for the adaptability of our eyes to different levels of illumination, regulating the passage of light rays to the retina itself and sifting out various lateral distortions that do not affect the image quality. Next, the filtered stream of light hits the lens - a lens designed to more fully and accurately focus the flow of light. The next stage of the light flux is the path through the vitreous to the retina, a special screen where the image is projected, but only upside down. The structure of the human eye provides that the object we are looking at is displayed in the very center of the retina - the macula. It is this part of the human eye that is responsible for visual acuity.

The process of obtaining an image is completed by retinal cells processing the information flow followed by coding impulses of electromagnetic nature. Here you can find an analogy with the creation of a digital photo. The structure of the human eye is also represented by the optic nerve, through which electromagnetic impulses enter the corresponding section of the brain, where the final perception of visual perception already takes place (see video).

When considering the photo of the structure of the eye, the last thing you need to pay attention to is the sclera. An opaque sheath covers the eyeball on the outside, but is not involved in the processing of the incoming light flux.

The external structure of the eye is represented by centuries - special partitions, the main function of which is considered to protect the eye from adverse environmental factors and from accidental injury. The main part of the century is muscle tissue, covered on the outside with thin and delicate skin, as can be seen in the first photo.

Thanks to the muscle layer, both the lower and upper eyelids can move freely. With the closing of the eyelids, the eyeball is constantly moistened and small foreign particles are removed. Ophthalmology considers the eyelids of a person's eyes to be a rather important element of the visual apparatus, in violation of the function of which serious diseases can occur.

The constancy of the shape and strength of the century is provided by cartilage, its structure is represented by dense collagen formation. Meibomian glands are found in the thickness of the cartilage tissue, producing fat secretion, which in turn is necessary to improve the closure of the eyelids and for their tight contact with the outer shells of the entire eyeball.

On the inner side, the conjunctiva of the eye is attached to the cartilage - the mucous membrane, the structure of which provides for the production of fluid. This fluid is necessary for moistening, which improves the gliding of the eyelid relative to the eyeball.

The human eyelid anatomy is also represented by an extensive blood supply system. The implementation of all the functions of the eyelids is controlled by the facial, oculomotor and trigeminal nerve endings.

The structure of the muscles of the eyes

Ophthalmology plays an important role in the eye muscles, on which the position of the eyeball and its continuous and normal functioning depend. The external and internal structure of the human eyelid is represented by dozens of muscles, of which two oblique and four muscular processes are of primary importance in the performance of all functions. 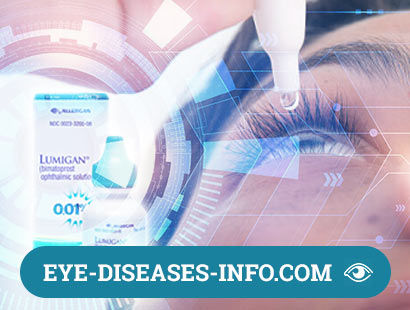 The lower, upper, medial, lateral and oblique muscle groups originate from the tendon ring, which is located in the depth of the orbit. Above the upper straight muscle to the tendon ring is attached and the muscle, the main function of which is to raise the upper eyelid.

All the straight muscles pass through the walls of the orbit, they surround the optic nerve from different sides and end with shortened tendons. These tendons are woven into the sclera tissue. The most important and main function of the rectus muscles is to rotate around the corresponding axes of the eyeball. The structure of different muscle groups is such that each of them is responsible for turning the eye in a strictly defined direction. The lower oblique muscle has a special structure, it begins on the upper jaw. The lower oblique muscle in the direction goes obliquely up, located behind the wall of the orbit and the lower rectus muscle. The coordinated work of all human eye muscles provides not only the rotation of the eyeball in the right direction, but also coordination of the work of two eyes at once.

The structure of the eye membranes

The anatomy of the eye is represented by several types of membranes, each of which is assigned a specific role in the work of the entire visual apparatus and in protecting the eyeball from adverse environmental factors.

The function of the fibrous membrane is to protect the eye from the outside. The vascular membrane has a pigment layer designed to trap excess light rays, which prevents their harmful effects on the retina. The choroid, in addition, distributes blood vessels in all layers of the eye.

In the depth of the eyeball is the third shell - the retina. It is presented in two parts - external pigment and internal. The inner part of the retina is also divided into two parts, in one there are light-sensitive elements, in the other there are none.

Outside the eyeball is covered with sclera. The normal shade of the sclera is white, sometimes with a bluish tint.

Ophthalmology attaches great importance to the features of the sclera. The sclera almost completely (80%) surrounds the eyeball and in the anterior part passes into the cornea. At the border of the sclera and cornea there is a venous sinus surrounding the eye in a circle. In the people visible, the outer part of the sclera is called protein.

The cornea is a continuation of the sclera, it has the appearance of a transparent plate. In front of the cornea is convex, and behind it already has a concave shape. By its edges, the cornea enters the body of the sclera, such a structure is similar to a watch case. The cornea plays the role of a peculiar photographic lens and is actively involved in the entire visual process.

The external structure of the human eye is represented by another element of the choroid - the iris (see video). The shape of the iris resembles a disk with a hole in the center. The density of the stroma and the amount of pigment determine the color of the iris.

The thickness of the iris varies from two to four tenths of a millimeter. The front surface of the iris is divided into two sections - the pupillary and ciliary belt. These parts are divided between each other by a small arterial circle, represented by a plexus of the thinnest arteries.

The internal structure of the eye is represented by dozens of elements, which include the ciliary body. It is located directly behind the iris and serves to produce a special fluid that is involved in filling and feeding all the anterior sections of the eyeball. In the ciliary body there are vessels producing a fluid with a definite and unchanged chemical composition during normal functioning.

In addition to the vascular grid, there is also a well-developed muscle tissue in the ciliary body. By contracting and relaxing, muscle tissue changes the shape of the lens. When reducing the lens thickens and its optical power increases many times, it is necessary in order to consider a drawing or an object that is close. When muscles are relaxed, the lens has the smallest thickness, which makes it possible to clearly see objects in the distance.

A body that has a transparent color and is located deep in the human eye opposite the pupil, is denoted by the term "lens". The lens is a biconvex biological lens that plays a certain role in the functioning of the entire human visual apparatus. The lens is located between the iris and the vitreous body. With normal functioning of the eye and in the absence of congenital anomalies, the lens has a thickness of from three to five millimeters.

The retina gathers information streams that are repeatedly filtered and processed by other sections and structures of the eye. It is on the retina that these streams are converted into electromagnetic impulses that are immediately transmitted to the human brain.

At the heart of the retina are two types of photoreceptor cells. These are rods and cones. With their participation, the conversion of light energy into electrical energy. With insufficient light intensity, the clarity of perception of objects is provided by sticks. Cones come into operation when there is an adequate supply of light. In addition, cones help us to distinguish colors and shades and the smallest details of visible objects.

A feature of the retina is its weak and incomplete fit to the choroid. This anatomical feature often provokes retinal exfoliation in the event of some ophthalmic diseases.

The structure and function of the eye must meet certain standards. With their congenital or acquired pathological abnormalities, there are many diseases that require accurate diagnosis and appropriate treatment.